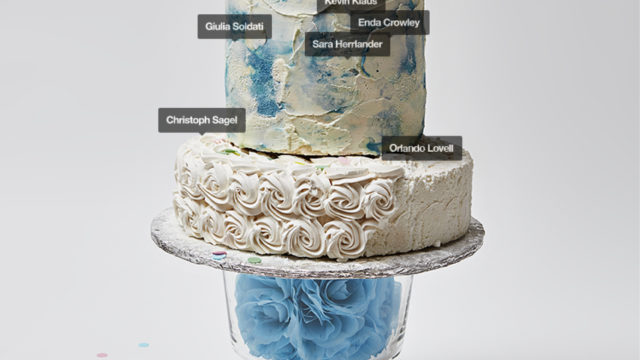 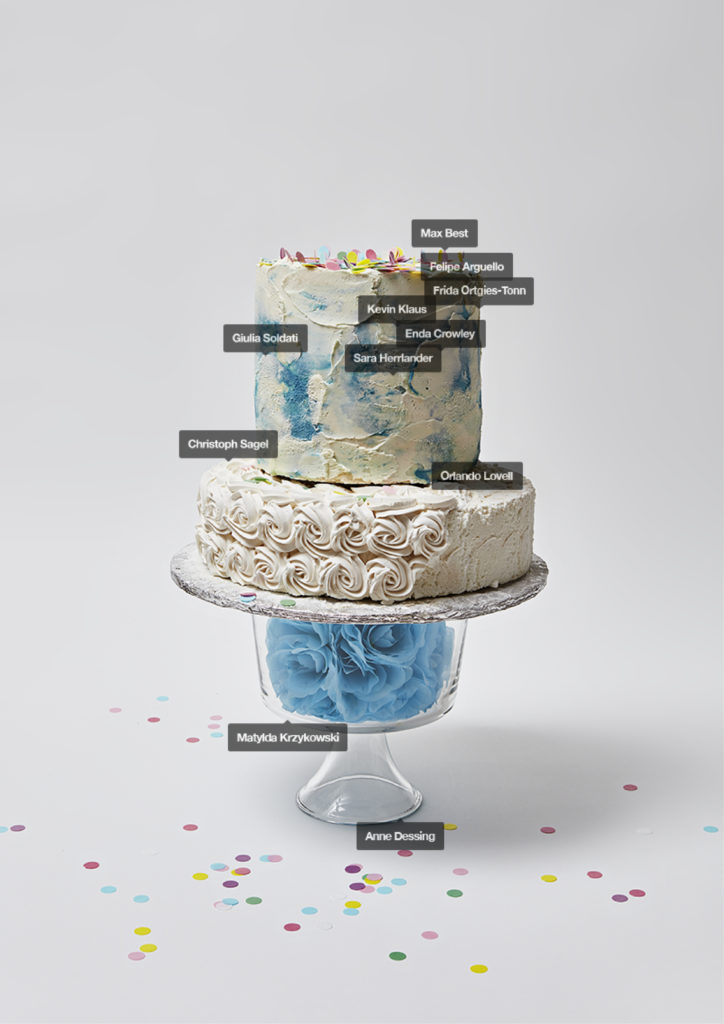 The story behind this cake stand is a short but  connected one. One of the first people
I wrote to at the start of this process was the designer and curator Matylda Krzykowski.
I had been her intern the previous year and trust her when it comes to match-making in
the design world. To my surprise she herself said “yes” to my proposal and offered to
make me a one-off cake stand from her new home in Chicago. She also suggested Anne
Dessing, an architect from Amsterdam, who later turned out to be her flatmate. I loved
the idea of having an architect join the team to get a new perspective on scale and also
the idea of a “blind date”. Anne and Matylda ended up making two stands together trig-
gered by their first impressions of Chicago, specifically the Hispanic area where they lived
together. The two pieces are “intended assemblages”, made in the local modus operandi:
taking existing structures and familiar ornaments and combining them for festive moments.
My cake for the stand is a reflection on colour and celebration. The rough-textured surface
is instinctual with edible confetti impulsively thrown across it. The filling is a classic I per-
fected during my internship with Matylda due to her unquenchable appetite for it: salted
caramel cake. I then passed on the image of the cake and stand, along with the story above,
to the secondary designer, and former flatmate of my own, Giulia Soldati, who devised and
scripted a performative social practice, which I then organised, directed and filmed in Berlin.

“This ritual shows the importance of collaboration and sharing. All the hands that collaborated
in creating both the stand and the cake are shown in a layering of actions. The moment of prep-
aration and the moment of consumption blur, becoming a choral action, so do the eating and
preparing tools: the same tools will be used to finish and eat the cake. The preparing and the
eating become convivial moments of sharing, of festive celebration, a new ritual of creation
and consumption.” – Giulia Soldati