Polycreative is a concept that showcases a different way of approaching collaborations as creative
relationships with multiple people working together both physically and virtually. This project
focuses on representing and celebrating these relationships through cake. In three main stages,
design and process is influenced by different creative individuals in terms of form, function,
visualisation, etc. For Polycreative, the final outcomes become secondary, the primary aspect
is the communication, the many different media used, and the different emotional experiences
had. How much influence does one creative have in the different stages of a process? How are
ideas and concepts shared across long distances? And how does the final representation reflect
all involved?

Five different creative relationship scenarios were conducted with several designers; creative
exchange, dialogue and symbiosis were recorded at each stage, thereby showing different creative
pathways and ways of working explored in a creative relationship. In this example, I was the initiator,
facilitator and maker of the cakes, which were the connective medium. My primary creatives were
designers who were asked to each design and make a cake stand, the secondary creatives were
designers who were asked to create new eating rituals in reaction to a specific cake and stand.
Another level of creatives contributed their skills through photography, cinematography, technical
support and performance. 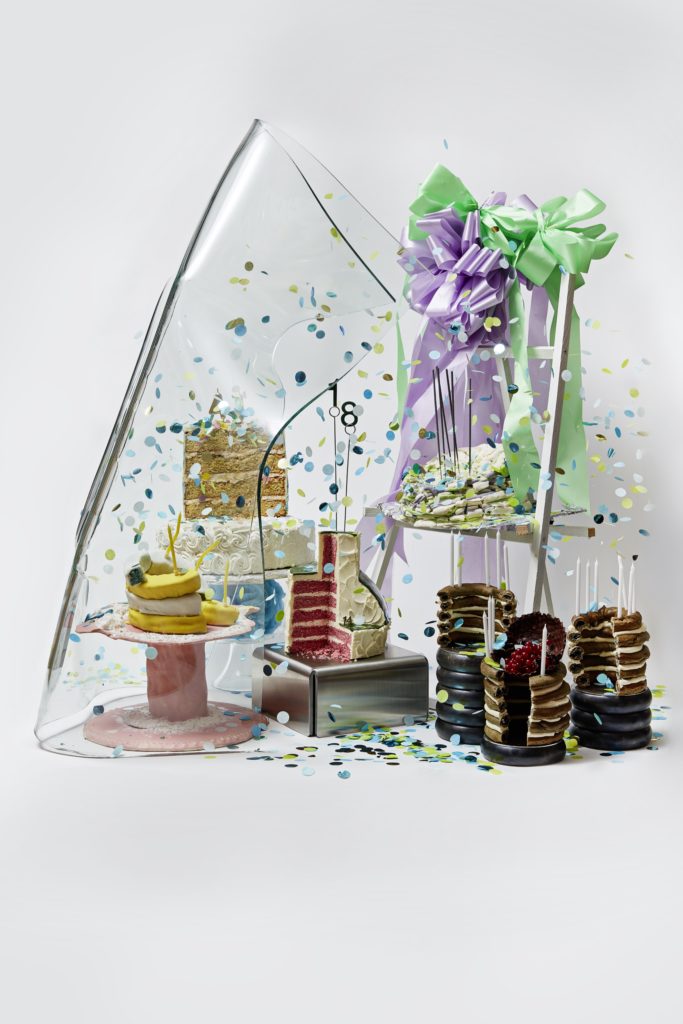